skip to main | skip to sidebar

The weight of the world 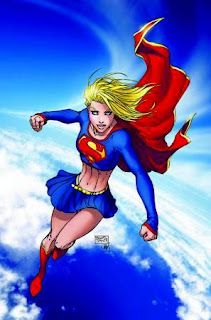 Sometimes as a wife/mother/sister/daughter woman I feel like I have the weight of the world on my shoulders. So many people to care for.

Lately I've been feeling like I don't have any "successes" in my life. What I mean is... that what I do doesn't have a completion or a identifiable measure of accomplishment. The dishes always need to be done, the laundry is never finished, the kids will soon be hungry/dirty/sleepy again. I've been saying "I give up, you win" a lot lately. The washing machine doesn't seem to care that it has won though. I'll see if he still doesn't care when I replace him with a new LG high efficiency. (Is it really healthy to be snubbing my washer?)


This past Friday I was having one of those days when I just didn't want to get out of bed. CJ woke up more than a few times in the middle of the night and I was feeling the sleep deprivation. It took everything I had (and some help out of DP's workday) to get everyone clean, dressed and fed in time for our morning PT appointment. We had a doctor's appointment to rush to immediately following. By the time we got home I was exhausted and ready to crash. Then the phone rang, my mom had been in a car accident. After driving to the wrong hospital and then waiting at the right hospital for 5 hours she was released with only some minor injuries. (Thank goodness!)

This past week CJ had to be sedated during an MRI. That small taste of substances again has made him quite irritable. He also had to have a minor surgery to remove and infected gland under his tongue which he didn't really enjoy much either. I've had one craaaanky baby this week.

Lili's final day of this semester of preschool was last week. I'm looking forward to having a little more free time for a few weeks. I'm planning some daytime trips to the zoo and museums. We're hoping that a slot will open up and Jo will be able to join Lili during the summer semester starting in June. She is so ready for school! I won't know what to do with myself with two in school for half a day.

Well yeah I will. Laundry.
Posted by Fostermama at 9:28 PM

I wish I could offer you more than sympathy right now - I do hear you and I do know where you are coming from - especially about sleep deprivation!

One good thing though - rise up and rejoice! I LURVE my front loading HE washer and have for 7 years, it really is great.

I know how you are feeling as I flounder along a couple of hours a day in my own professional life while fostering two babies. But just remember this. Some people, including some who have devoted their professional careers to human services or activism, may still often go to bed at night wondering, "Am I really making any difference? Is my work really helping anybody?" That's not something you need to wonder about -- no matter how much the laundry may pile up!

There has to be days where it all backs up on you. I saw my best friend a few days ago; her mom took her older girl for the afternoon and I was playing with the younger girl. My friend had two seconds to sit down and breathe and... she started to cry. She was worn out!

Being a SAHM is tiring and often thankless. Nobody cheers when you finish the laundry or says "good job" when you manage to keep a clean kitchen and keep your children happy. And you never get to go home at the end of the day.

But your daughters and CJ are thriving. There's no better kudos than that.

I echo Maggie. I can only imagine how hard it is to be a SAHM. Take heart though - you are definitely making a difference, even when it feels like that might not be the case.

Wow. You nailed it. I never really thought about it, but yes, the frustration comes from nothing being finished. Everything is in some stage of partial completion. It's like the light lines on an equalizer... when the kitchen is cleaner, say level 8, the bathroom is at 2, the lawn is 1, laundry is at 4 and my knitting, well I think that one's broken because I haven't seen a light there in months. Get that lawn mowed - at 10 for a few minutes - but wait... the kitchen is a 1 now 'cause the kids came home. Thanks for the new perspective!